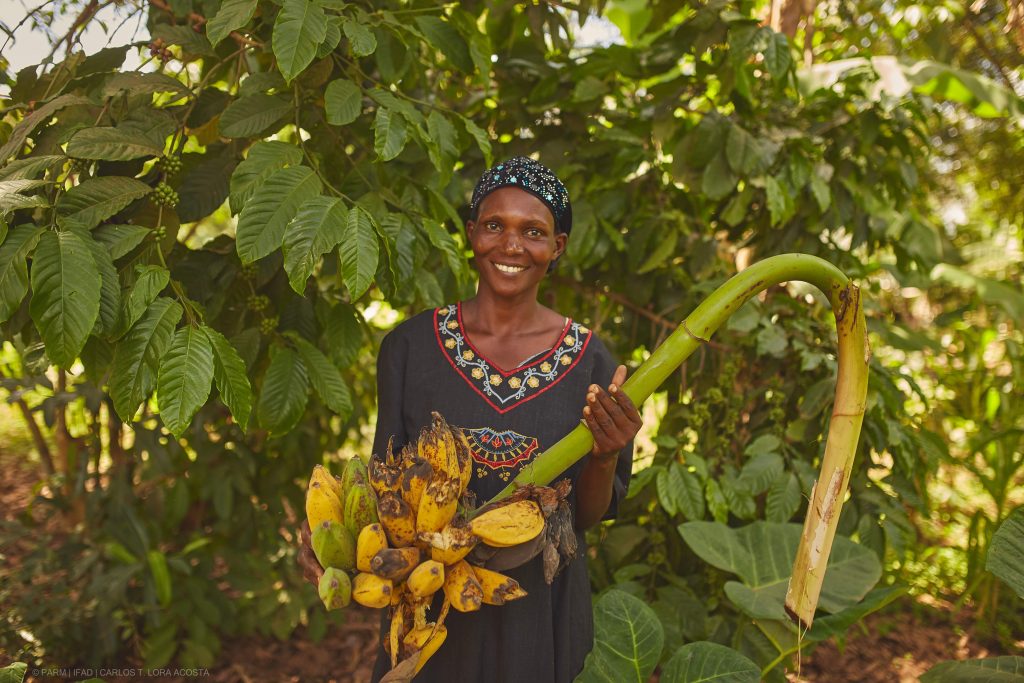 Click here to watch the webcast on IFAD’s page.

As the COVID-19 virus continues to sweep the world, we are forced to constantly reassess our expectations of both the human and economic costs that it will bring. The world is reaching a point where unilateral decisions by food exporters and falling national revenues could have devastating effects for food-insecure countries. Rural communities in developing countries are hardworking, resourceful and resilient. But they need immediate help to withstand the devastation the pandemic has laid at their doorstep.

This webcast panel promoted by the International Fund for Agricultural Development (IFAD) will focus on the efforts needed to strengthen rural people’s ability to cope and overcome the challenges related to COVID-19, following the key points below:

Keynote: Terri Sarch, UK Ambassador to the UN in Rome

Khalida Bouzar is the Director of the Near East, North Africa, Europe and Central Asia Division at IFAD. She brings more than 30 years of national and international corporate leadership experience, 20 of which were dedicated to sustainable and rural development, environment and natural resource management, and economics and industry within the UN system.

The total volume of IFAD investment operations under Bouzar’s management is valued at nearly USD 2 billion, spanning over 22 countries. Under her leadership, IFAD established a Facility for Refugees, Migrants, Forced Displacement and Rural Stability (FARMS), with an expected outreach of 1 million people. From her early career in research and the private sector as Business Development Manager for BRC, Bouzar moved to hold numerous leadership positions within the UN. She has spearheaded change and played a significant role in positioning IFAD as an Executing Agency of the Global Environment Facility and in upholding the Organization’s reputation for excellence.

Bouzar holds a Ph.D. in Sciences from the Pierre and Marie Curie University in Paris, and a M.Sc. in Solid State Physics, including a B.Sc. in Physics from the University of Algiers, Algeria.

Read more
Video
We use cookies to ensure that we give you the best experience on our website. If you continue to use this site we will assume that you are happy with it.Ok