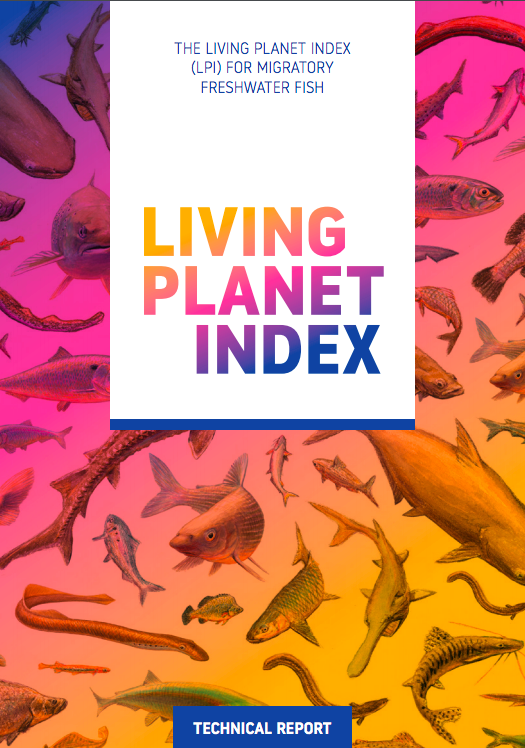 Migratory freshwater fish (i.e. fish that use freshwater systems, either partly or exclusively) occur around the world and travel between critical habitats to complete their life cycle. They are disproportionately threatened compared to other fish groups but global trends in abundance, regional differences and drivers of patterns have not yet been comprehensively described. Using abundance information from the Living Planet Database, we found widespread declines between 1970 and 2016 in tropical and temperate areas and across all regions, all migration categories and all populations.

Globally, migratory freshwater fish have declined by an average of 76%. Average declines have been more pronounced in Europe (-93%) and Latin America & Caribbean (-84%), and least in North America (-28%). The percentage of species represented was highest in the two temperate regions of Europe and North America (almost 50%).

For the continents of Africa, Asia, Oceania, and South America, data was highly deficient, and we advise against making conclusions on the status of migratory freshwater fish in these areas. Potamodromous fish, have declined more than fish migrating between fresh and salt water on average (-83% vs -73%). Populations that are known to be affected by threats anywhere along their migration routes show an average decline of 94% while those not threatened at the population level have increased on average. Habitat degradation, alteration, and loss accounted for around a half of threats to migratory fish, while overexploitation accounted for around one-third.

Protected, regulated and exploited populations decreased less than unmanaged ones, with the most often recorded actions being related to fisheries regulations, including fishing restrictions, no-take zones, fisheries closures, bycatch reductions and stocking (these were most common in North America and Europe). Recorded reasons for observed increases tended to be mostly unknown or undescribed, especially in tropical regions. This information is needed to assemble a more complete picture to assess how declines in migratory freshwater fishes could be reduced or reversed. Our findings confirm that migratory freshwater fish may be more threatened throughout their range than previously documented.

Keywords: Fishery
We use cookies to ensure that we give you the best experience on our website. If you continue to use this site we will assume that you are happy with it.Ok