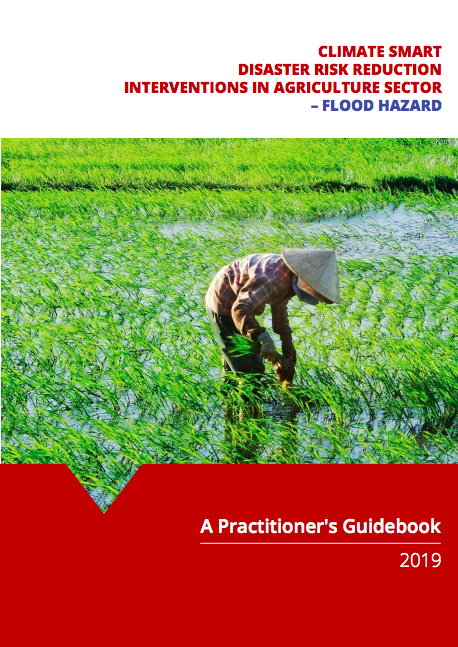 Climate Change is inevitable and the agriculture and water sectors are the most vulnerable. Recent studies have shown that due to climate change, the world is moving towards scenarios of either too much, or too little, water. Agriculture is an open system and provides livelihoods for 60% of the world’s population. More than 2.2 billion people depend on agriculture for their livelihoods in Asia. Thus, climate induced natural hazards, especially floods, are likely to affect the sector as well as the livelihoods of the dependent population considerably.

Due to the distinct climatic variability across the Asian continent and its geophysical setting, the majority of countries on the Asian continent are subject to natural disasters. The frequency of these extreme events, especially the hydrometeorological events, has shown an increasing trend. The present study explores the consequences of these extreme events in three countries of the Asian region, namely: Thailand, Nepal and Sri Lanka which have distinct geographical settings.
These three countries are subject to frequent natural disasters, especially floods and droughts, due to their respective geographical exposure and climatic regime, which in turn, result in disastrous consequences of varying degrees, affecting the agricultural sector of the respective countries.

The Fourth Assessment Report of the Intergovernmental Panel on Climate Change (IPCC) has revealed that warming of the climate is unequivocal, and that rapid climate change over the past 50 years is anthropogenic-driven. Climate change has already affected both South and Southeast Asia with rising temperatures, decreasing rainfall, rising sea levels and increasing frequency and intensity of extreme events.

One of the major shortfalls of conventional disaster management strategies is a lack of adequate blends of climatic information on the nature of future climate risks and post-disaster reconstruction processes or modalities which eventually lead to an increased risk of disaster rather than a decrease. The present initiative, funded by the Asia Pacific Network for Global Change Research, Japan, looks into an entire gamut of flood mitigation interventions in the agricultural sector in the three countries of intervention starting from floodplain management, land treatment, flood modification measures and agronomic practices to Integrated Water Resource Management. One of the unique recommendations is a climate inclusive, flood early warning system in these countries which is generally lacking. We are aware that ow-income countries and small islands and their rural communities (whose main livelihood is agriculture in the flood-plain and low-lying areas) are the most endangered communities by flood hazards. Environmental degradation and socioeconomic factors like poverty and urban population growth, contribute additionality to the vulnerability by flood hazards of the communities in these three countries where a Flood Early Warning System could make a paradigm shift in community resilience regarding flood hazard.

This Practitioners Guide Book is for the use of local Government Employees engaged in mainstreaming Climate Smart Disaster Risk Reduction (DRR) and Climate Change Adaptation (CCA) practices for development planning at local government level in the Asian Region. This Practitioners Guide Book focuses on three Asian countries, Thailand, Sri Lanka and Nepal. We sincerely hope that the Practitioner’s Guidebook on Climate Smart Disaster Risk Reduction Interventions in the Agriculture Sector, with special reference to flood hazards, will contribute to the various DRR initiatives in these three countries and in Asia as a whole.

Keywords: disaster risk
We use cookies to ensure that we give you the best experience on our website. If you continue to use this site we will assume that you are happy with it.Ok