In 2005, the Cameroon government became one of the few African countries to restrict the import of frozen poultry cuts, followed by the creation support programs for the country’s poultry industry. Since the restriction, companies are emerging and growing across the entire value chain including “hatcheries, feed producers as well as importers of animal feed and veterinary products’’*.

Today, the poultry industry in Cameroon accounts for 4% of the country’s gross domestic product (GDP) and “plays an important role for both food security and employment”**. Cameroon is an example of how strong agricultural and trade policy can support economic growth, create jobs and act as a catalyst for innovation.

One example of this innovation is the 2019/20 TFF Challenge Finalist Poultry Farmers Management Systems (PFMS), an emerging Cameroon start-up in the poultry industry that is tackling two of the most common poultry farmer challenges! The team has developed an AI-powered mobile application to connect poultry farmers with veterinarians to diagnose and treat animal illnesses and help rapidly predict disease outbreaks.

From Challenge to Opportunity

When TFF chatted with founder Henry Foretia we learned how his personal experience as a poultry farmer in Cameroon gave him an insider’s perspective on the challenges and opportunities of the industry.

Being a poultry farmer himself, he lost almost all of his animals within as little as one day because of a disease and the vet not arriving in time. Henry’s mother offered him some of her savings to help him jumpstart his career. From there he started working in the animal feed business to help sell feed to farmers. Henry noted the difference saying in animal feed, “there are no mortalities or losses” compared to farming.

Part of Henry’s job was to survey local farmers to see what their greatest challenges are. When the responses for the survey came back, the results showed that the two most common challenges amongst poultry farmers were chicken mortality and access to markets.

Despite the Cameroon government’s inputs and support for the poultry industry, there are still some infrastructural challenges that farmers face including lack of access to veterinarians. Most small-scale poultry farmers in Cameroon own less than 1000 birds so having a vet on the farm does not make economic sense. In other instances, vets have accidentally carried viruses with them from farm to farm. 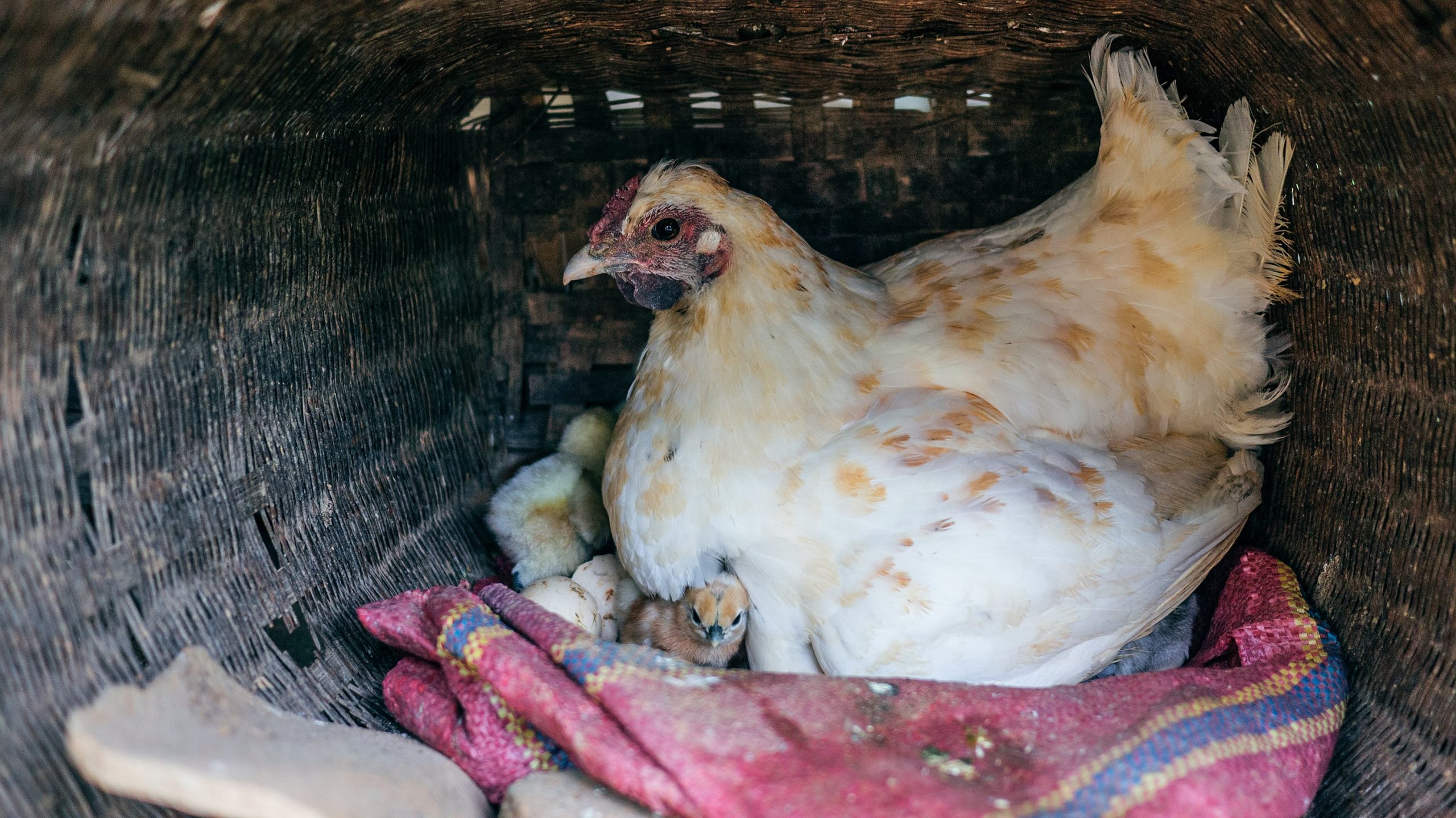 This is when Henry and what would become the team of AIT Group Poultry Farmers Management Systems (PFMS) knew that there had to be a better solution. The team created a mobile app that in three simple steps can perform a disease diagnosis. “The farmer takes photos of the chicken’s disease and the machine intelligence will recognize the disease, within 30 seconds the diagnosis goes back to the farmer,” says Henry. Right now the app can recognize 11 diseases that are common in poultry, such as salmonella and avian influenza.  Farmers can also receive updates on best practices, vaccination reminders, real-time predictions of disease outbreaks near them and access an on-demand veterinarian through the app.

Ultimately when farmers lose fewer birds to disease they are able to make more money to support their business. With the increased international attention on livestock farming given the rise of COVID-19 and other zoonotic diseases, there will be greater importance of putting diagnostic tools into the hands of farmers, especially as we work to create a more traceable and transparent food system.

The Cameroon market is only just the beginning for the FPMS team, as they hope to enter into global poultry markets and expand the app to recognize cow and pig diseases in the future as well. Despite the rise of alternative animal-free proteins, global meat production is expected to continue increasing – especially poultry and seafood – and innovations like PFMS’ have great potential to help transform the meat industry to become more trustworthy for consumers and provide stable livelihoods for livestock farmers.