Anticipating crises to support farming communities in the Philippines

Acting before droughts hit protects livelihoods in rural areas. This lesson is at the heart of a project supporting small-scale farmers in the Philippines.

Michelle Sandigan Mohammad knows a thing or two about drought. On the island of Mindanao in the Philippines where she tends to her farm, drought has been a frequent foe. Whenever El Niño dry spells occurred in the past, she would lose her crops and income – losses that made it that much harder to cope with the next drought.

“The impact on our income is huge,” Michelle admits. For farmers, losing crops and subsequent sales means they have to take on debt to buy seeds and other necessities to plant for the next season. This begins a vicious cycle from which it can be hard to recover. School fees and family essentials become unaffordable and diets can suffer.

In these scenarios, acting early – before the drought sets in – ensures that farmers come out of a crisis with their livelihoods and food security intact. Anticipatory actions not only protect possessions and sources of income but also make farmers’ livelihoods more robust and resilient.

When the early warning system of the Food and Agriculture Organization of the United Nations (FAO) indicated a possible drought in Mindanao, field staff and government officials consulted with the farmers likely to be the most affected and, based on their feedback, tailored action plans to their needs.

Michelle had already planted her rice for the season. Though she would normally buy vegetables or vegetable seeds with the money from her rice crop, increasing temperatures and lack of water meant her income was at risk. FAO therefore supplied her with a garden tool kit and short-cycle vegetable seeds capable of withstanding dry conditions. This support provided her with locally-grown, nutritious food and an alternative income if her rice crop failed.

“The support gave us a better chance of overcoming the drought,” Michelle said. “Since we didn’t have to buy seeds, we could use the money we saved for other needs.”

The project had the additional goal of opening up opportunities for women to earn an income. The project supported Michelle’s women’s cooperative by setting up a duck and goat farm that would offer additional food and income for their families as the dry conditions began to take hold. Droughts put a lot of stress on families and men often feel the weight of being the traditional breadwinners. By selling the duck eggs, goat products and vegetables produced on the farm, women in the community felt proud to contribute more directly to their family’s income. 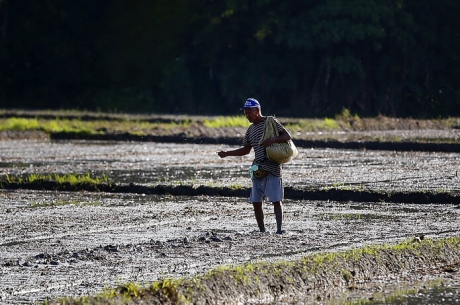 The project provided farmers with drought-resistant rice crops before the peak of the drought. Acting early and diversifying income helps build the resilience of families during difficult periods. ©FAO/ Mark Navales

A CRISIS WITHIN A CRISIS

Many of the families in the project were dealing with more than just drought. For decades, Mindanao has been ravaged by conflict between the government and various armed groups. This conflict has taken the lives of more than 100 000 people and stifled development in the region.

While the project was helping the communities prepare for drought, conflict spiked in several areas in the province of Maguindanao, creating a crisis within a crisis. There were also low-intensity conflicts in an adjacent town restricting the implementation of some project activities. As a result, many of the families FAO was supporting had to find shelter in nearby evacuation centres.

“When we planned the project, we anticipated that conflict might flare up again during the drought and families might be displaced from their land for periods of time,” said Ruzzella Quilla, a Project Development and Coordination Specialist in FAO’s Philippines office.

Michelle’s own rice field was not in a safe zone, and she was forced to leave it unattended. Thankfully, the duck farms and vegetable gardens provided by FAO were set up in safe areas away from the conflicts. This allowed local women to go back and forth to these farms to tend to the ducks and collect vegetables without risk.

“The farms were all pre-designed with that possibility [of a conflict] in mind and that ended up making a real difference,” states Quilla. 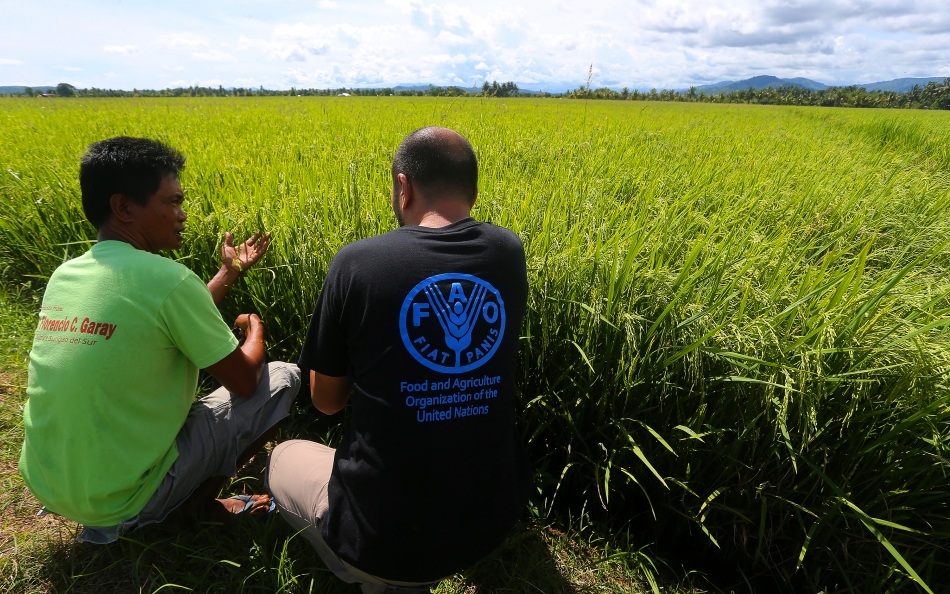 With the money Michelle saved from selling surplus eggs and vegetables, she managed to set up a small grocery shop. She now sells her produce to the local community, which she hopes will provide more stability and opportunities for her three-year-old daughter. “This is giving me hope for my child,” she said, “and I feel less scared about future droughts.”

Based on learnings from past droughts in Mindanao, FAO was able to anticipate drought four and a half months earlier than the episodes during previous years. Acting earlier than usual not only allowed families to protect their livelihoods but also preserve their food security. In the 2018/19 harvest, for every USD 1 that FAO invested, families reaped USD 4.4 from their harvests. When talking with families, it became clear that the benefits of the project went beyond the monetary ones, as families had less stress, better opportunities and more stability in times of conflict.

We may not be able to control the climate, but we can control how we prepare and react to it. Anticipatory action works. Facts and data ring alarm bells, resources are quickly released, and farmers receive the right kind of support at the right time. FAO helps build the resilience of farmers around the world against the worst of crises. Acting early isn’t an option, it is a necessity.

SOURCE:
Food and Agriculture Organization of the United Nations (FAO)
COVER IMAGE:
Michelle’s farm in the Philippines often struggles with drought – but FAO’s anticipatory actions has helped keep her safeguard her livelihood ahead of the latest one. ©FAO/ Mark Navales