Communities across the Global South are facing a hunger crisis — one that existed before COVID-19 hit and has since gotten worse. In Southern Africa, record-breaking droughts and floods destroyed crops on a large scale early this year. Meanwhile, massive outbreaks of desert locusts — which can eat as much food as 35,000 people per each square kilometer swarm —continue to threaten crops in Kenya, Ethiopia, Somalia, India and other areas of Africa and Southwest Asia. Now, the economic fallout from COVID-19 could lead to 265 million people facing acute food insecurity in 2020, nearly double that of 2019.

The situation is a devastating reminder that the climate crisis is here, and the world’s most vulnerable communities face the worst impacts. Often, these people are farmers. More than two-thirds of people living in poverty rely on agriculture for at least part of their income, if not all of it. Women face disproportionate impacts: they comprise over 40% of the agricultural workforce, yet existing institutional biases often prevent them from having access to land rights and climate-smart agricultural solutions. If women had access to the same rights and resources as men, they could increase yields on their farms by 20-30% on average, and help reduce the number of hungry people in the world by 12–17%.

Additionally, climate change could depress global crop yields up to 30% by 2050, putting approximately 50 million more people at risk of undernourishment, according to a paper by the International Food Policy Research Institute produced for the Global Commission on Adaptation. The global food system is under threat, and what we do now will determine whether millions more people go hungry.

The Global Commission’s report, Adapt Now, calls on national governments, development agencies and the private sector to support smallholder farmers in adapting to climate change. Globally, around 500 million farms are two hectares (4.9 acres) or smaller. Smallholder farmers depend on these farms for sustenance and their livelihoods, especially in Asia and sub-Saharan Africa. As climate change intensifies and food production decreases, these farmers, many of whom are food insecure and living in poverty, will face even greater challenges.

A range of immediate solutions is needed to address these challenges. One that would have a significant long-term impact is boosting research and development (R&D) for new crops and agricultural practices that are resilient to climate impacts like heat, drought and new disease patterns, making it a key recommendation from the Commission.

Many research organizations, government agencies and farmers are already developing new climate-resilient technologies and practices. Here are three of the most impactful R&D successes from the past few years that are helping smallholder farmers cope with climate change and bolster food security: 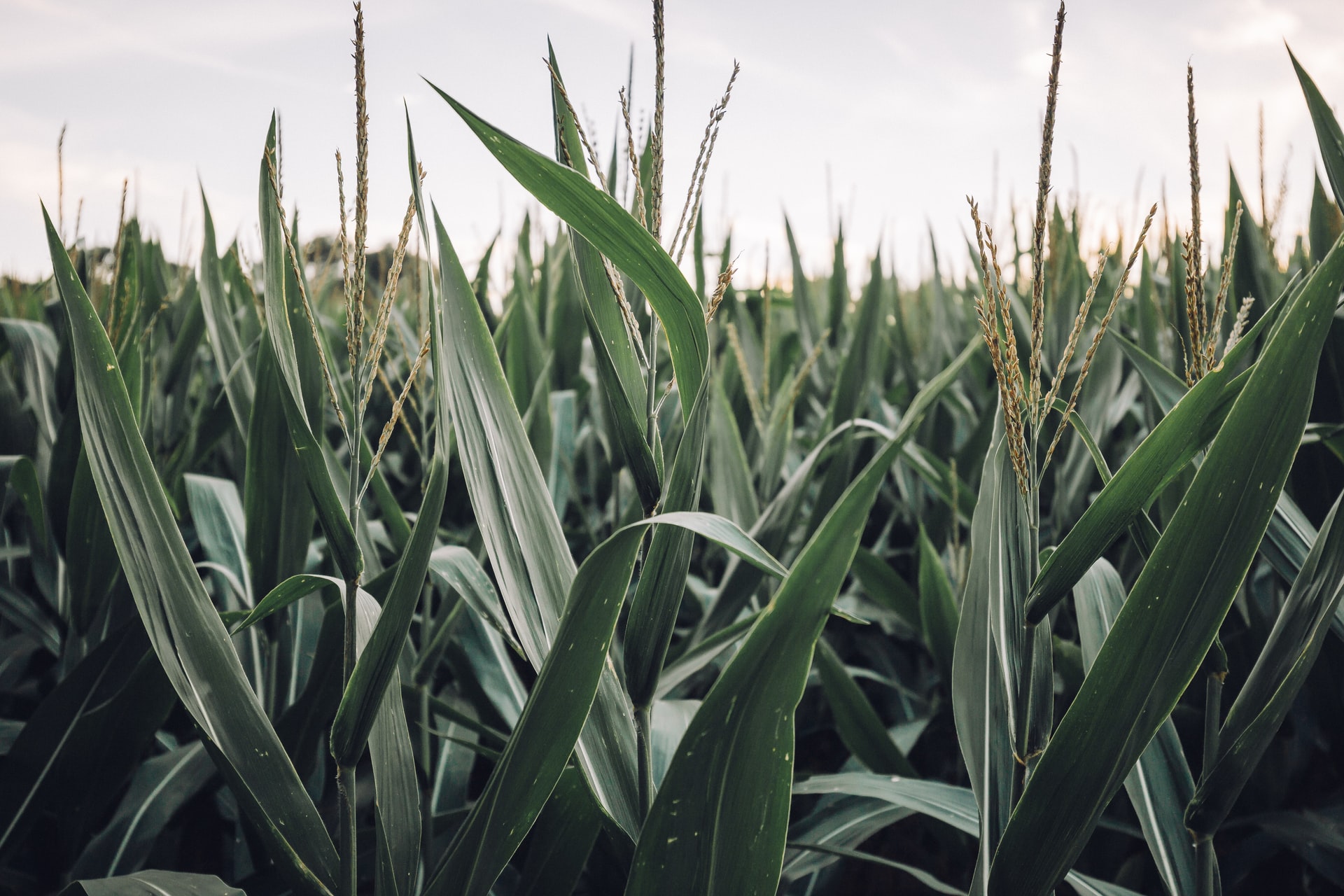 Over 300 million people rely on maize crops, which are under severe risk from climate change. Photo by Wes Hicks/Unsplash

Maize is one of the most important crops in Africa, supporting the sustenance and livelihoods of over 300 million people. Maize is also at severe risk due to climate change. Droughts and temperature increases could reduce global maize yields up to 30% by 2030, according to the International Maize and Wheat Improvement Center (CIMMYT).

For example, farmers in Zimbabwe who used drought-tolerant maize in dry years harvested up to 600 kilograms (1300 pounds) more per hectare (2.47 acres) — a surplus worth $240 and enough to feed a family of six for nine months. The success of improved maize varieties in Africa provides a model for developing climate-resilient maize in other vulnerable regions and improving less researched crops like beans, plantains and potatoes. 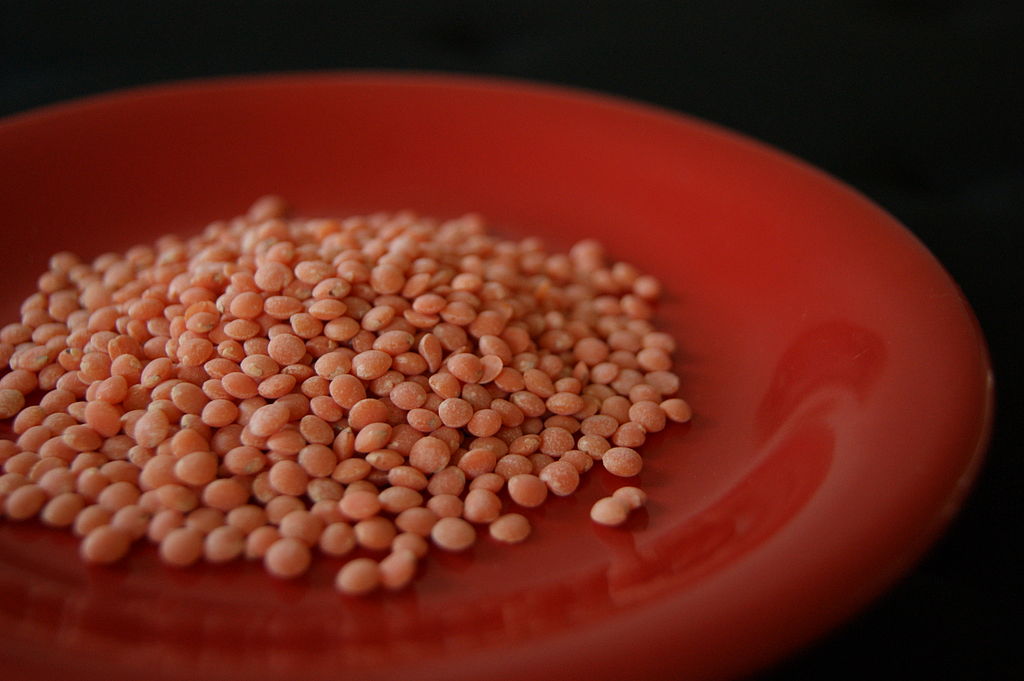 Lentils are another important crop. In addition to benefiting human and animal health with high protein, carbohydrate and calorie content, lentils improve soil fertility by fixing nitrogen in the soil, which enhances productivity. However, higher temperatures are hurting productivity and yield. This can lead to food security challenges, given that grain legumes alone contribute 33% of the protein people consume worldwide.

The International Center for Agricultural Research in the Dry Areas (ICARDA) developed an improved lentil variety that produces more lentils than traditional varieties. This new variety can more than double harvests to 1.8 tonnes (1.98 tons) per hectare in under three months — compared to 0.77 tonnes (0.85 tons) per hectare with traditional varieties — and allows farmers to grow lentils in rice fields between growing seasons. This helps smallholder farmers diversify their incomes and nutrition sources, which is vital as climate change threatens other crops. 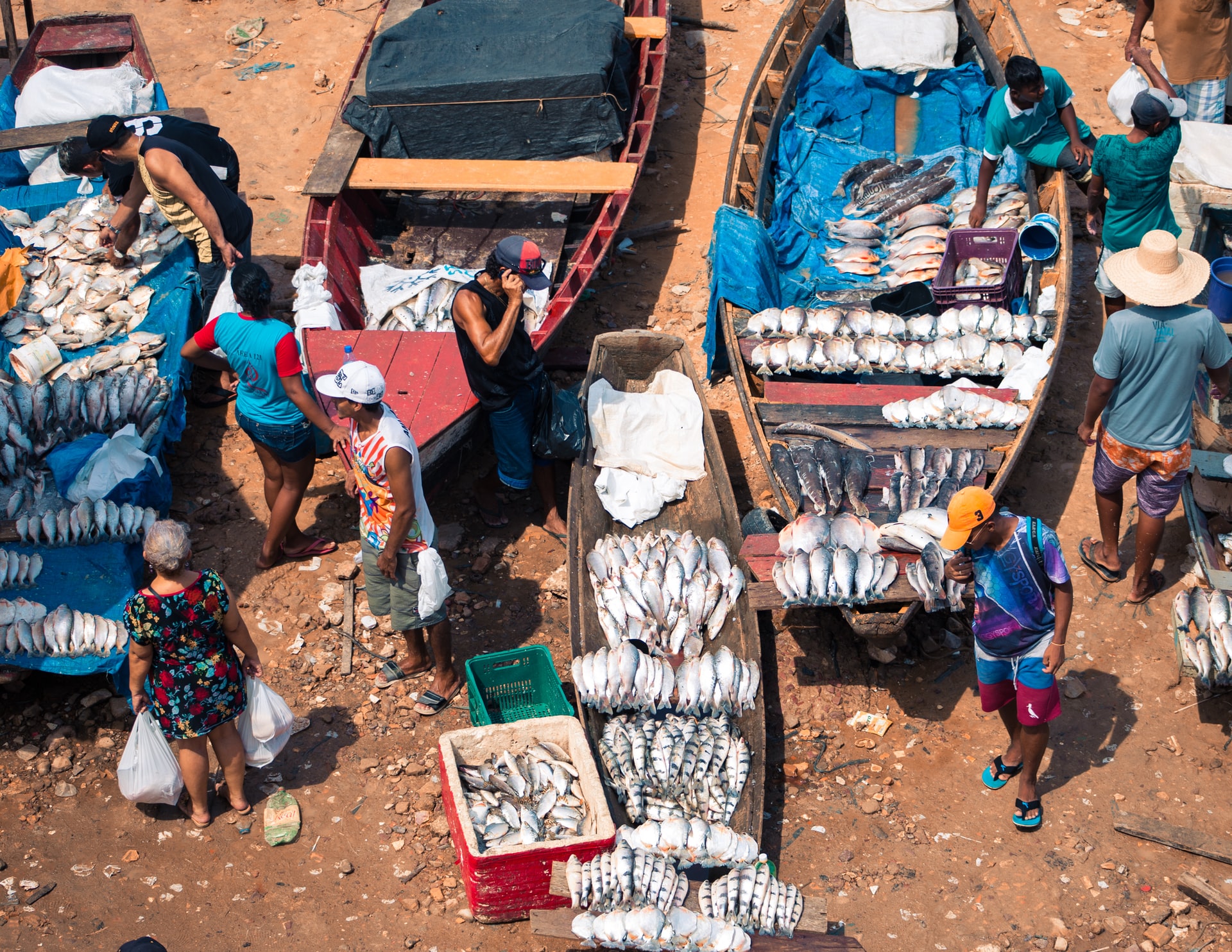 Aquaculture employs roughly a tenth of the world’s population, and fish is a substantial protein source for billions of people. Yet, climate change is already affecting this vital sector. Photo by Tadue Jnr/Unsplash

Climate change has multiple effects on aquaculture: droughts evaporate ponds; heat waves reduce oxygen in the water, sickening or killing fish; and sea level rise and flash floods contaminate and destroy ponds. All these impacts reduce fish populations, which in turn harms people who rely on fish for food and employment.

Fish provide approximately 3.2 billion people with a fifth of their animal protein, and fisheries and aquaculture employ up to 10% of the world’s population. Women account for about half of the workforce in small-scale fisheries and aquaculture, making these sectors a vital source of income and empowerment for millions of women. Aquaculture is also a critical source of protein and micronutrients (vitamin A, iron and zinc) for under-nourished children and pregnant women.

Aerators can prevent some of the most prevalent harmful impacts to fish by supplying ponds with dissolved oxygen, keeping more fish alive. While traditional aerators require electricity, often making them unaffordable to small-scale fish farmers, researchers at the University of Toronto recently developed a low-cost aerator that uses heat from the sun. This new aerator can also be manufactured and maintained locally with readily available parts. The technology, tested in Bangladesh through a collaboration between BRAC University and USAID, could help fish farmers earn up to $250 of extra income each year — a meaningful difference for many families.

THE NEED FOR DIVERSE APPROACHES

These approaches alone are not enough to tackle the complex challenges that climate change poses for smallholder farmers. That is why a diverse set of approaches, one that includes agroecology, is critical to increasing the resilience of smallholder farmers. Agroecology involves applying ecological, economic and social principles to agriculture. A paper commissioned by the Global Commission on Adaptation highlights that “locally appropriate agroecological practices clearly have potential to increase the resilience of livelihoods and enhance adaptation to climate change.

Agroecology is another area in which R&D investment can create a lasting impact for smallholder farmers. It can help illuminate how changes in ecosystems caused by climate change can affect agricultural productivity — for example, by altering pest and disease patterns or the availability of pollinators.

These success stories show the benefits that effective R&D investments can have for smallholder farmers and their communities. Despite this impact, however, government spending on agricultural R&D and aid to developing countries is declining.

In addition to reducing chronic food insecurity, investing in R&D for climate-resilient crops and technologies is a savvy economic decision for governments. Studies find that the return on investment for these technologies is at least 22% and can be 62% or higher. Analysis by the Global Commission on Adaptation found that investing in improved dryland agriculture crop production over the next 10 years could yield $700 billion in net benefits.

The Commission is calling for a global mobilization over the coming decade to ensure small-scale food producers are resilient to climate change. Through its Agriculture and Food Security Action Track, the Commission is working with dozens of partners to mobilize funding for climate-resilient R&D.

But mobilizing funding is not enough. It is vital that research programs, both national and global, are driven by the needs of farmers themselves, including women. That’s why the Commission, in partnership with the CGIAR, is hosting listening sessions with stakeholders, such as farmers’ associations; women’s, youth and civil society organizations; national and subnational research entities; and the private sector to develop the Two Degree Initiative. This demand-led research program focuses on the specific needs of eight geographic and thematic hotspots, helping 200 million small-scale food producers across the globe adapt their farming systems, livelihoods and landscapes by 2030 to weather the impacts of climate changes.

Governments, civil society organizations and the private sector must consider the importance of climate-resilient agriculture R&D, alongside a diverse set of approaches, in stabilizing the global food system. They must also invest in programs to get these innovations to farmers and build their capacity to use them, particularly in Africa. R&D has been and will remain essential to building resilience and achieving food security during the climate crisis.