Speakers:
Daphne Miller, Wim H. van der Putten, Monica Kobayashi
Published By:
FARM-D
Hosted by:
Food and Agriculture Organization of the United Nations
Watch the Webinar
About the Webinar
Webinar will take place on the International Day for Biological Diversity, highlighting the key role played by soil biodiversity in the functioning of the Earth’s ecosystems. 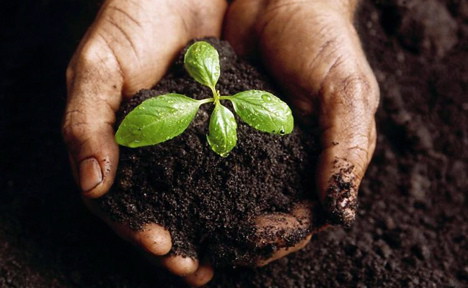 This webinar aims to discuss the global status, gaps and multiple benefits of soil biodiversity as a key contributor in sustaining life on this planet.

22 May is the “International Day for Biological Diversity” and soil biodiversity plays a pivotal role in the functioning of the Earth’s ecosystems. Soils are widely recognized as a major reservoir of global biodiversity and up to 90% of living organisms in terrestrial ecosystems are associated during their life cycle with belowground habitats.

Besides improving soil conditions to grow healthy and nutritious food, soil biodiversity helps to control outbreak of plant, animal and human diseases and contributes to the stabilization of greenhouse gases, air and water purification, as well as mitigation of floods, drought and soil erosion. Soil biodiversity constitutes an important source of genetic resources for biotechnological and medical innovation.

Yet, the Status of the World’s Soil Resources concluded that the loss of soil biodiversity is considered one of the major soil threats in many regions of the world. Despite the enormous scientific progress made to date, the protection and monitoring of soil resources at national and global levels face complex challenges, restricting the design and implementation of on-the-ground policies and actions.

3:15 pm
Why should we care about soil biodiversity? Links to human-health and food security

Daphne Miller is a family physician, science writer, Clinical Professor at the University of California San Francisco, and Research Scientist at the University of California Berkeley School of Public Health. As founder of the Health from the Soil Up Initiative, she studies the connections among health, culture, and agriculture, with the goal of building a healthier and more resilient food system from the soil up.

Daphne is a regular health and science contributor to the Washington Post. She has two books about food, agriculture and health: The Jungle Effect, The Science and Wisdom of Traditional Diets (HarperCollins 2008) and Farmacology, Total Health from the Soil Up (HarperCollins 2013).  Farmacology appears in four languages and was the basis for the award-winning documentary In Search of Balance.

Daphne has consulted for and presented to organizations around the globe including the Food and Agriculture Organization of the United Nations (FAO), the Indigenous Terra Madre and Slow Food International. A pioneer in the “Healthy Parks, Healthy People” initiative, she helped build linkages between our medical system and our park system. Her 2009 Washington Post article “Take a Hike and Call Me in the Morning” is widely credited with introducing “park prescriptions” into medical practice.

Daphne is a graduate of Brown University and Harvard Medical School and completed her family medicine residency and an NIH-funded primary care research fellowship at UCSF.  She is on the Advisory Board of the Center for Health and Nature at Oakland Children’s Hospital and the Edible Schoolyard Foundation and a past Fellow at the Berkeley Food Institute and the University of Arizona Center for Integrative Medicine.

Wim van der Putten is Head of the Department of Terrestrial Ecology at the Netherlands Institute of Ecology. He graduated at Wageningen University in 1984 and defended his research on ‘establishment, growth and degeneration of Ammophila arenaria in coastal foredunes‘ (performed at the Institute for Ecological Research in Oostvoorne) at Wageningen University in 1989. From 1988 onwards, he was appointed as a Postdoc the institute of Ecology at Heteren. In 1994 he became senior scientist at the department of Plant-Microorganism Interactions and acted as interim head in 1997. In 2000, he became head of the newly established department of Multitrophic Interactions at the Netherlands institute of Ecology (NIOO-KNAW). In September 2003, he was appointed extraordinary professor in Functional Biodiversity at Wageningen University. In 2005, he was awarded a VICI-grant from NWO-ALW (the Dutch research council), and in 2012 he obtained an ERC-Advanced grant from the European Research Council. Currently.

Wim has been associate editor of the Journal of Coastal Research, Plant and Soil, Plant Biology, the Journal of Applied Ecology, Oikos and Oecologia. Currently, he is associate editor of Ecology Letters and Board Reviewing Editor at Science. Since 1992, he has been coordinator of a number of European research projects (EUREED, CLUE, INVASS, EcoTrain), as well as PI in others (TLinks, Biorhiz, Consider, Soilservice, EcoFinders, and Liberation). He has been co-editor of a book on Soil Ecology, as well as on the European Atlas of Soil Biodiversity.

In 2010 he initiated the Wageningen Centre for Soil Ecology (CSE; http://www.soilecology.eu/) and since then he is chairman of the daily board. Aims of this centre are to stimulate utilization of knowledge from fundamental research and to attract and support young researchers in soil ecology. In 2011, he was one of the founders of the Global Soil Biodiversity Initiative (GSBI; http://www.globalsoilbiodiversity.org/) that integrates and disseminates information on the biological status of soils world-wide, a.o. serving as an expert centre for FAO, CBD and other global organizations.

Read more
Webinar replay
We use cookies to ensure that we give you the best experience on our website. If you continue to use this site we will assume that you are happy with it.Ok