How are food businesses coping with Covid-19 and its aftermath?

Speakers:
Steven Bartholomeusz, Robbert de Vreede, Nnaemeka Ikegwuonu, Thomas Reardon, Johan Swinnen, Rob Vos, Rajul Pandya-Lorch (moderator)
Published By:
FARM-D
Hosted by:
International Food Policy Research Institute
Register for the webinar
About the webinar
Session includes a debate on how private food businesses are adjusting to shifts in food demand and food safety requirements, on the one hand, and risks of supply chain disruptions, on the other 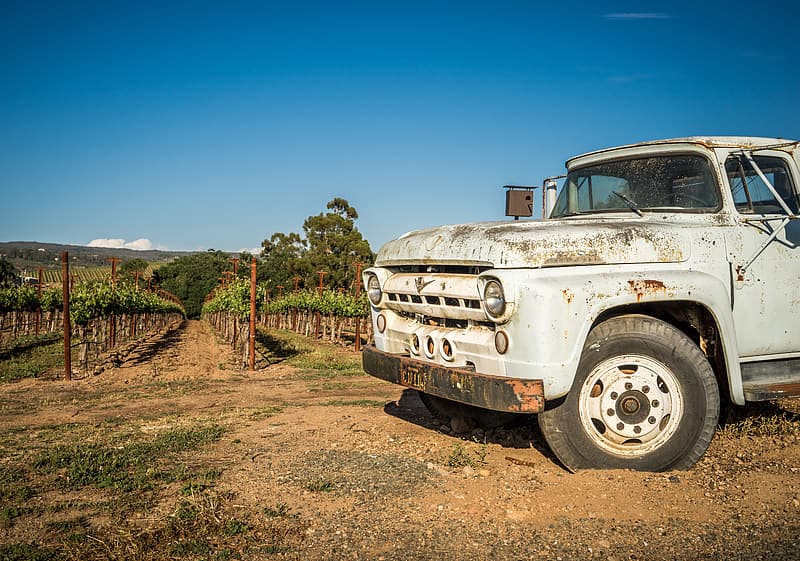 Concern is growing that the global outbreak of COVID-19, already a health crisis, could turn into a food crisis. In poor countries, the need for food assistance could increase dramatically, and in some rich nations too, the pandemic has put many at risk of hunger.

Food supply chains have largely continued to function, but private operators have faced some serious disruptions—including closure of bars, restaurants, hotels, and schools as well as shifts in consumer demand. Some sub-sectors, especially fruits and vegetables and meat packing and processing, have suffered supply chain disruptions because of COVID-19 infections, logistics problems, and/or unavailability of seasonal workers. Such disruptions have caused both significant food loss and waste and reduced availability of the affected foods to consumers.

Without food, there can be no health. With this stark warning, this seminar looks at: How should governments balance the need to protect lives from COVID-19 and the need to protect livelihoods? What food sector innovations and changes (automatization, e-commerce) are being introduced to ensure food supply chains can function without disruption as we fight COVID-19? How can “green lanes” be created for seasonal and migrant labor to work safely in food production? How are private food businesses adjusting to shifts in food demand and food safety requirements, on the one hand, and risks of supply chain disruptions, on the other?

Steven leads all policy and advocacy efforts to deliver FIA’s value proposition to its members and other stakeholders, and has developed an engagement strategy that has seen more opportunities to position FIA as a thought leader and drive interaction with its members. As part of the advocacy efforts, Steven drives the issues and stakeholder management strategy for FIA and has successfully implemented a robust management process that sees regular issues scanning and the development of issue and position papers to present the food industry’s position on developments such as obesity and non-communicable disease, sugar tax, marketing to children and nutrition labelling.

He is an experienced writer who has contributed thought leadership to the food industry’s position on issues such as sugar tax, labelling and public-private partnerships to drive better nutrition, in the local and regional media.

Steven is an experienced corporate affairs professional with over 16 years international and regional experience managing issues and stakeholders and delivering communications strategy in the oil and gas industry, hydropower and public utilities, and more recently the food and beverage industry. Prior to this he spent three years as the news manager for a private radio station in Sri Lanka and a correspondent for the Voice of America.

Steven is originally from Sri Lanka and has a B.A in Mass Communication (Broadcasting) from Winona State University, Minnesota, USA.

Tom Reardon is a Professor in the Tenure System. He holds masters degrees from the Université de Nice and from Columbia University. He got his Ph.D. from the University of California at Berkeley in 1984. From 1984-1986 he was Rockefeller Post-Doctoral Fellow with IFPRI posted to Burkina Faso with the University of Ouagadougou and ICRISAT. Tom was Research Fellow at the International Food Policy Research Institute, Washington DC 1986-1991. He joined MSU in 1992.

Tom’s research focus is on the links between international development and agribusiness/food industry. He researches the transformation of agrifood value chains including the supermarket revolution, the Quiet Revolution in SMEs in the Hidden Middle including processing firms, wholesale and logistics, and the emergence upstream of farm outsource support services. Tom studies the effects of these changes on farmer incomes, technology, and rural employment, and business implementation of innovations via design of supply chains. He has researched value chains in Africa, Asia, and Latin America covering horticulture, fish, dairy, poultry, and grains. He has studied rural nonfarm employment and youth employment and their links to food systems and agricultural technology adoption. Tom’s recent and ongoing research is on value chains, markets, and linkages with farmers in poultry, fish, horticulture, and grain sectors, outsourced farm services, and food consumption and nutrition in Africa (Senegal, Nigeria, Tanzania), Asia, (Bangladesh, China, India, Myanmar, and Indonesia), and Latin America (Colombia).

Tom has a global reputation for his frontier work on the “supermarket revolution”, on the transformation of developing region food value chains, and on rural nonfarm employment. He was elected in 2014 Fellow of the AAEA, was the first agricultural economist personal invitee to the World Economic Forum in Davos in 2009, and was featured on the front page of the New York Times in 2005. His more than 200 publications have been cited in Google Scholar 31,831 times (with an H index of 82) by March 5, 2020, placing him globally ranked number 3 in agricultural economics, 1 in food value chains, and 1 in Food Policy. He is ranked in the top 2% among 58,000 economists globally followed by REPEC, and in the top 10 globally among agricultural economists in the ISI Web of Science.

Tom has published many articles on structural transformation of agricultural and food markets and global value chains in economics journals (e.g., AJAE, EDCC, Annual Review of Resource Economics, Journal of Economic Geography, Food Policy, and others) and general journals (e.g., Science, Proceedings of the National Academy of Science/PNAS, World Development, Obesity Reviews, and JDS). His 2003 AJAE article on supermarkets in developing countries was awarded Honorable Mention for Enduring Quality by AAEA in 2019, and is one of the top five cited AJAE articles since 1980.

Tom has spent 21 years with “feet on the ground” in Africa, Asia, and Latin America since taking his Ph.D. 34 years ago at Berkeley. With colleagues Tom has raised more than $30 million in extramural research grants from foundations and government agencies focused on fieldwork in those regions. He has supervised or been on the committees of more than 100 graduate students, many of whom are professors and research economists worldwide.

Tom taught the capstone international agricultural development course in AFRE for 20 years, and now teaches a graduate course, AFRE 841, in Analysis of Food System Organization, and an upper level undergraduate course, ABM/FIM 427, in International Agrifood Markets and Industries. Both are taught in the Fall semester. Tom is also active in advising doctoral and masters students.

Johan Swinnen became director general of IFPRI in January 2020. Prior to joining IFPRI, Dr. Swinnen was professor of economics and director of the LICOS Centre for Institutions and Economic Performance at KU Leuven (Belgium) and senior research fellow at the Centre for European Policy Studies in Brussels.

Dr. Swinnen was a lead economist at the World Bank from 2003 to 2004 and economic adviser to the European Commission from 1998 to 2001. Over the course of his career, Dr. Swinnen has been a visiting professor at various universities, including at Stanford University’s Center on Food Security and the Environment, and a frequent adviser to institutions such as the World Bank, the European Bank for Reconstruction and Development, the Organization for Economic Co-operation and Development, and the Food and Agriculture Organization of the United Nations.

Dr. Swinnen has published extensively on agricultural and food policies, international development, political economy, institutional reforms, trade, and global value chains, and his body of work has been widely cited. His books include The Political Economy of Agricultural and Food Policies (Palgrave Macmillan, 2018); Quality Standards, Value Chains and International Development (Cambridge University Press, 2015); Political Power and Economic Policy: Theory and Empirical Applications (Cambridge University Press, 2011); and From Marx and Mao to the Market: The Economics and Politics of Agricultural Transition (Oxford University Press, 2006).

Rob Vos, a national of the Netherlands, holds a Ph.D. and an M.Sc. with honors in Economics from the Free University of Amsterdam, Netherlands. He is Director of the Markets, Trade, and Institutions Division (MTID) at IFPRI since September 2017. Previously, he was Director of Agricultural Development Economics at the Food and Agriculture Organization of the United Nations (FAO), responsible for economic analysis and policy support for sustainable agricultural development and food security. In that capacity, he was responsible for FAO’s flagship publications the ‘State of Food Insecurity in the World (SOFI)’ and the ‘State of Food and Agriculture (SOFA).’ Since joining FAO in 2013, he has also served as director for social protection, rural employment, and gender equality and as coordinator of FAO’s strategic program for rural poverty reduction.

Prior to his appointment to FAO, Rob was the Director of Development Policy and Analysis in the United Nations Department of Economic and Social Affairs (UNDESA), New York. In that capacity he was responsible for the UN flagship publications “World Economic Situation and Prospects” and the “World Economic and Social Survey”. He also served as Secretary of the UN Committee for Development Policy and coordinated the Secretary-General’s Millennium Development Goals’ Gap Task Force as well as the UN Task Team for the Post-2015 UN Development Agenda.

Rob was also Professor of Finance and Development at the International Institute of Social Studies of Erasmus University, where he still holds an honorary professorship.

Rajul Pandya-Lorch, a Kenyan citizen of Indian origin, was appointed Director of Communications and Public Affairs in September 2017.  She concurrently serves as Chief of Staff in the Director General’s Office since 2005.

From 1998 to 2017, Rajul served as head of IFPRI’s 2020 Vision for Food, Agriculture, and the Environment Initiative, a global initiative that seeks to identify solutions for meeting world food needs while reducing poverty and protecting the environment. She has facilitated five major international conferences on (1) “Building Resilience for Food and Nutrition Security,” in Addis Ababa, Ethiopia, on May 15-17, 2014; (2) “Leveraging Agriculture for Improving Nutrition and Health,” in New Delhi, India, on February 10-12, 2011; (3)“Taking Action for the World’s Poor and Hungry People,” in Beijing, China, on October 17-19, 2007; (4) “Assuring Food and Nutrition Security in Africa by 2020”, in Kampala, Uganda on April 1-3, 2004; and (5) “Sustainable Food Security for All by 2020,” in Bonn, Germany on September 4-6, 2001. Other major projects she has led include “Millions Fed: Proven Successes in Agricultural Development” that documents evidence on policies, programs, and investments in agricultural development that have significantly reduced hunger.

In recognition of her achievements, the Agricultural and Applied Economics Association (AAEA) presented Rajul and David Spielman with its 2010 Quality of Communication Award for their work on Millions Fed: Proven Successes in Agricultural Development. She has also received the American Agricultural Economics Association’s 2002 award for Distinguished Policy Contribution, along with Per Pinstrup-Andersen and Mark Rosegrant. Rajul earned a bachelor’s degree in economics from Wellesley College and a master’s degree in public and international affairs from Princeton University.