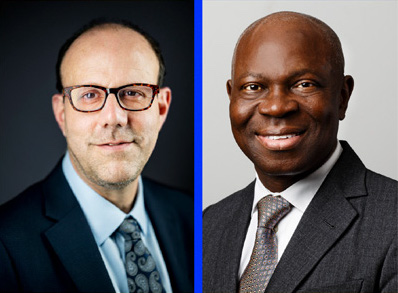 Learn more about digital agriculture and its potential to improve agricultural production and the productivity of food systems.

The event will highlight how small-scale farmers can benefit from the opportunities digital agriculture offers in the face of the COVID-19 pandemic.

Click here to watch this webcast on IFAD’s page.

Nobel Laureate in Economics and Gates Professor of Developing Societies

Michael Kremer is the Gates Professor of Developing Societies in the Department of Economics at Harvard University. He is the joint winner of Sveriges Riksbank Prize in Economic Sciences in Memory of Alfred Nobel (Economics Nobel Prize) 2019, alongside Esther Duflo and Abhijit V. Banerjee for their experimental approach to alleviating global poverty.

Kremers’s work focuses on innovation, including in education, health, water, finance and agriculture in developing countries; he has also done work in the application of behavioural economics, and political economy to development economics issues.

An innovator and social entrepreneur, Kremer remains active in translating his academic work into programs that have impacted millions of lives around the world. Drawing on his work on school-based deworming, he co-founded Deworm the World. As part of Evidence Action, it now brings deworming to over 150 million children annually.

He is a co-founder and board member of Precision Agriculture for Development, which leverages digital technology to improve productivity and incomes for small-holder farmers in developing countries.

Gilbert F. Houngbo became the sixth President of the International Fund for Agricultural Development (IFAD) on 1 April 2017. Born and raised in rural Togo, Houngbo has spent more than 30 years working to improve the lives of some of the world’s most vulnerable people, with extensive experience in political affairs, international development, diplomacy and financial management. Prior to his appointment as IFAD President, Houngbo was the Deputy Director-General of the International Labour Organization (ILO) where he led field operations in more than 100 countries and managed its bilateral and multilateral partnerships. He served as Prime Minister of the Republic of Togo from 2008 to 2012, where he introduced economic reforms and enhanced the rule of law and civil liberties. From 1996 to 2008, he undertook a number of roles at the United Nations Development Programme (UNDP) including Chief of Staff and Assistant Secretary-General, Africa Regional Director, where he led poverty alleviation programmes in 45 countries in sub-Saharan Africa. Prior to this, he spent a decade in the private sector, including at Price Waterhouse, Canada, where he worked in Audit and Financial Advisory Services. Houngbo has a Matrîse en gestion des entreprises from the University of Lomé, Togo, and a Diplôme d’Etudes Supérieures Spécialisées in Specialised Accounting from the University of Québec, Canada. He is a member of the Canadian Institute of Chartered Professional Accountants.

Read more
We use cookies to ensure that we give you the best experience on our website. If you continue to use this site we will assume that you are happy with it.Ok