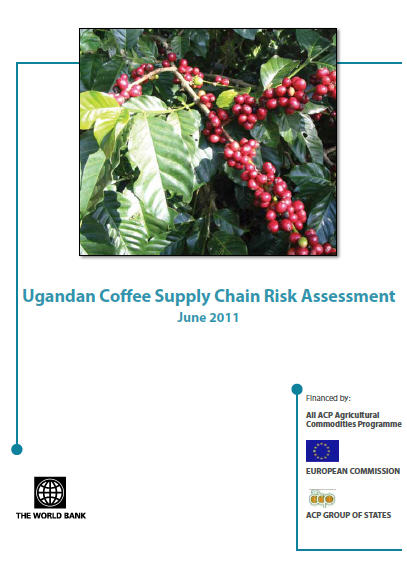 Despite losing global market share over the last 20 years, Uganda remains a major coffee producer, accounting for approximately 2.5% of global coffee production.1 In 2008–2009, coffee exports accounted for almost a quarter of Uganda’s formal export earnings and were estimated to generate income and employment for up to 1.3 million Ugandan households. As such, the coffee industry is extremely important to both the rural population and the Ugandan economy. However, the sector exhibits significant levels of production volatility, caused in part by unmanaged risks. Despite the occurrence of numerous risks, the sector has always managed to produce significant, albeit variable, volumes of coffee for export, but the historic resilience of the sector does not automatically imply that the industry will avoid longer-term decline if it fails to proactively manage potential risks going forward.

Historically, volatile production and income for the coffee sector have been caused by a number of unmanaged risks, including changes in market structure (liberalization), international price collapse (the coffee crisis), weather events (drought), and outbreaks of pests and disease (wilt and rust). Today, the major risks facing the industry include the following: Loss of Market Share, Price Risk, Pest and Disease Outbreak, and Foreign Exchange Rate Risk.
Keywords: Coffee, Risk Assessment, Supply Chain
We use cookies to ensure that we give you the best experience on our website. If you continue to use this site we will assume that you are happy with it.Ok