The Evidence Base on Anticipatory Action 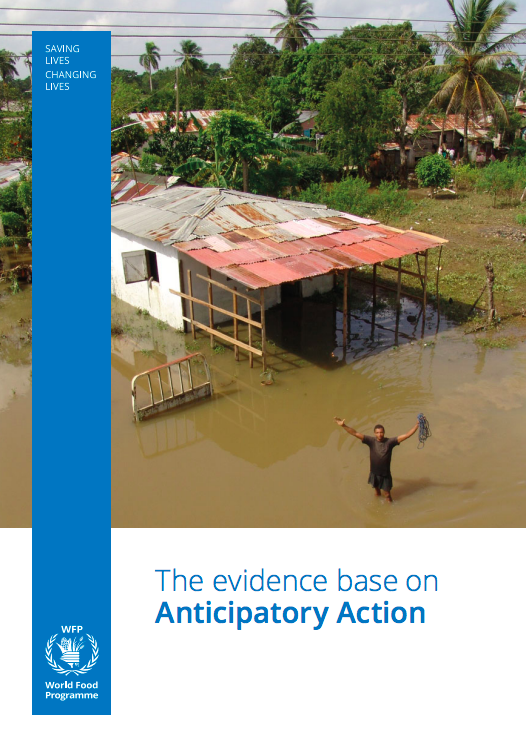 Anticipatory action (A-A) is attracting global attention with the number of pilot initiatives delivering support to vulnerable communities before disasters strike growing in number and size. At the UN Secretary General’s Climate Action Summit on 23 September 2019, the Risk-informed Early Action Partnership (REAP) was launched, with more than 30 partners committing to vastly increasing the coverage of A-A. The target is to cover one billion more people by financing and delivery mechanisms connected to eff ective early action plans by 2025.

As A-A expands so too does the importance of monitoring and evaluation to improve practice, strengthen accountability, and enhance reflection and learning. This paper takes stock of the evidence produced so far on the benefits of acting early prior to the onset –or deepening – of a crisis, to reduce the impacts. Overall, existing evidence indicates that the effects of A-A at the household level are mainly positive, with beneficiaries for instance experiencing less psychosocial stress when floods hit, higher crop productivity and less food insecurity during prolonged periods of drought, and lower livestock mortality during severe cold spells. However, not all expected benefits are observed in all cases and findings should be considered in relation to context and the kind of action that was taken. The range of counterfactuals used is also limited, so although acting early can be better than doing nothing, it is less clear whether it is also better than doing other things at different points in time.

Initiatives that explicitly link forecasts to predetermined actions and financing are relatively new in the humanitarian sector, so the evidence base is thin but growing. The focus to date has been largely on producing evidence for advocacy, to generate agreement and buy-in from donors, set global targets and ultimately to encourage further investment in A-A. Early studies have therefore focused on the monetary benefits by using return on investment (ROI) and cost-benefit analysis (CBA). These studies help make the general case for A-A, but greater attention now needs to be paid to producing evidence in a way that can lead to improvement in the design and delivery of A-A programmes.

Keywords: Climate Change, Early Warning
We use cookies to ensure that we give you the best experience on our website. If you continue to use this site we will assume that you are happy with it.Ok