How the adoption of drought-tolerant rice varieties impacts households in a non-drought year: Evidence from Nepal 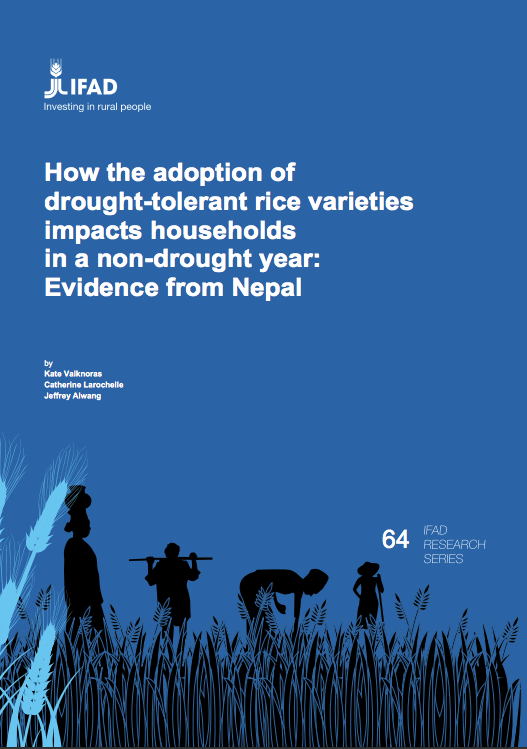 Stress-tolerant rice varieties (STRVs) are bred to be high yielding and tolerant to climate shocks such as drought. In Nepal, several drought-tolerant STRVs have been released and widely adopted. This paper estimates the impacts of the adoption of STRVs on first- and higher-order household outcomes in a non-drought year. It controls for selection bias using correlated random effects models to eliminate unobserved plot and household-level heterogeneity. STRVs have a higher yield, a lower yield variance and a shorter growing duration than traditional landrace varieties. In addition, households apply more early-season chemical fertilizer and land preparation labour to plots planted to STRVs compared to landraces. This indicates that the first-order impacts of the adoption of STRVs induce behavioural changes that help to modernize agricultural practices. Finally, this study conducts a randomized experiment in which half of the sampled households provided additional detail on their agricultural inputs.