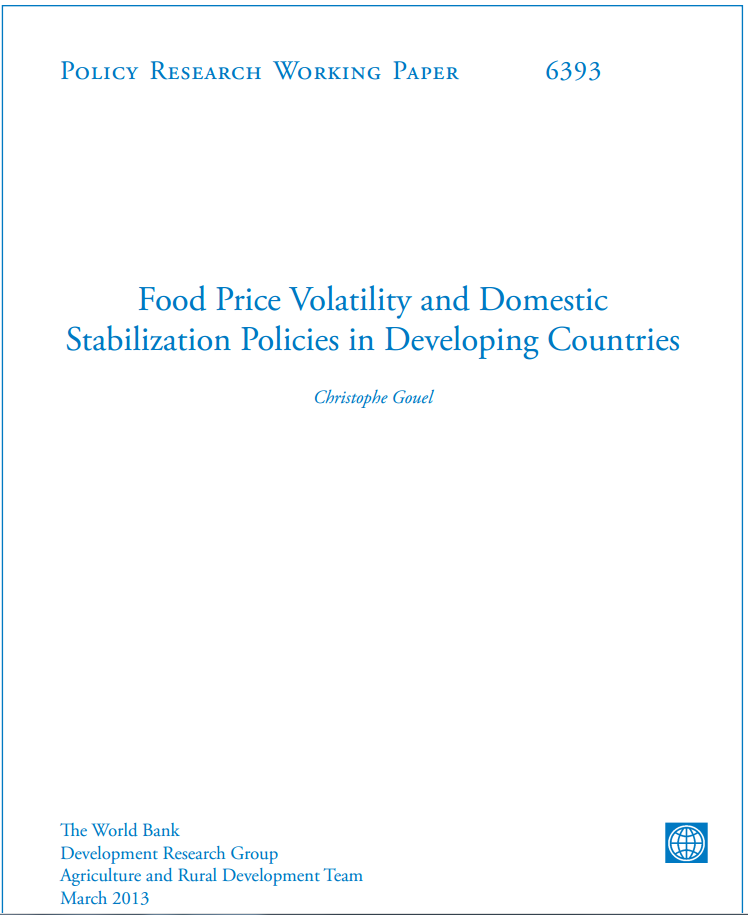 When food prices spike in countries with large numbers of poor people, public intervention is essential to alleviate hunger and malnutrition. For governments, this is also a case of political survival. Government actions often take the form of direct interventions in the market to stabilize food prices, which goes against most international advice to rely on safety nets and world trade. Despite the limitations of food price stabilization policies, they are widespread in developing countries. This paper attempts to untangle the elements of this policy conundrum. Price stabilization policies arise as a result of international and domestic coordination problems. At the individual country level, it is in the national interest of many countries to adjust trade policies to take ad-vantage of the world market in order to achieve domestic price stability. When countercyclical trade policies become widespread, the result is a thinner and less reliable world market, which further decreases the appeal of laissez-faire. A similar vicious circle operates in the domestic market: without effective policies to protect the poor, such as safety nets, food market liberalization lacks credibility and makes private actors reluctant to intervene, which in turn forces government to step in. The current policy challenge lies in designing policies that will build trust in world markets and increase trust between pub-lic and private agents.

Keywords: Access to Markets, Economic Theory & Research, emerging markets, Labor Policies, Markets and Market Access
We use cookies to ensure that we give you the best experience on our website. If you continue to use this site we will assume that you are happy with it.Ok