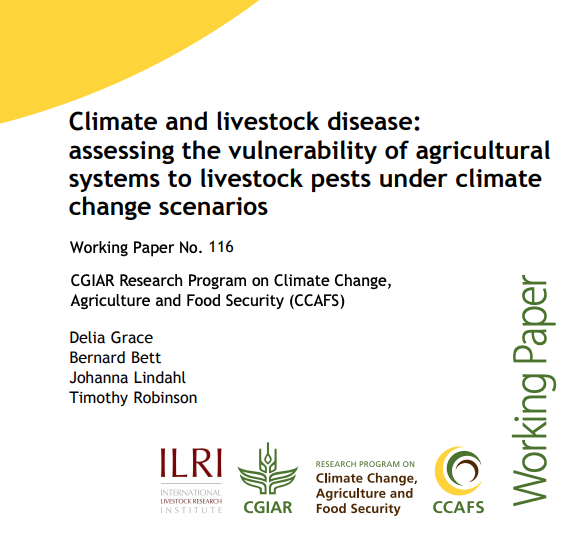 FARMD (July 2015) Livestock as a sector is extremely important to the global economy and to rural livelihoods. As of 2013, there were an estimated 38 billion livestock in the world or five animals for every person. Most (81%) were in developing countries. Around one billion smallholder farmers keep livestock, many of them women. The burden of animal disease in developing countries is high: livestock disease probably kills 20% of ruminants and more than 50% of poultry each year causing a loss of approximately USD 300 billion per year. Climate change can exacerbate disease in livestock, and some diseases are especially sensitive to climate change. Among 65 animal diseases identified as most important to poor livestock keepers, 58% are climate-sensitive. Climate change may also have indirect effects on animal disease, and these may be greater than the direct effects.

Keywords: Climate, livestock disease, pest, poultry, ruminants
We use cookies to ensure that we give you the best experience on our website. If you continue to use this site we will assume that you are happy with it.Ok