To “green” the Sahel, we need big plans and small actions

With improved tree cover and rehabilitated farmland, a green Sahel can become a healthier landscape, which will be more resilient to climate shocks, more biodiverse, and able to produce more food and generate more water for the local population.

The best way to make the desert bloom is to dig a hole. Not a well, but a shallow pit in the sandy soil about as wide as the length of your forearm. Then add some dung, plant your seeds, and wait for the rains.

The use of planting pits is an ancient farming technique. It is also an excellent way to harvest moisture – and recently, it’s being revived across the drylands of Africa, especially the Sahel, a vast, semi-arid belt of land that separates the Sahara Desert from the more humid grasslands to the south.

Climate modeling indicates the Sahel is getting drier. The desert is advancing, taking over tens of thousands of square kilometres of land every year and rendering them unfit for crops and livestock. The region has also experienced frequent droughts, making harvests unreliable – and the resulting food shortages have contributed to widespread poverty and malnutrition. To make matters worse, deforestation has left the region short of tree and shrub cover, worsening soil quality and depleting groundwater stores.

To combat land degradation, in 2007 the African Union launched the Great Green Wall initiative to plant a dense belt of trees from ocean to ocean across the continent. In 2015, ten African countries signed the African Forest Landscape Restoration Initiative, which calls for the restoration of 100 million hectares of land by 2030.

Programmes like these are indispensable for large-scale action. But they can sometimes miss a crucial element: the small-scale farmers who live with the effects of this desert encroachment every day – and who often have their own time-tested methods that should not be overlooked.

IFAD has been working with farmers in Africa to fight back against desertification since the 1980s. And we have evidence that community-focused efforts can reap big dividends.

In the Tahoua region of south-western Niger, for example, traditional water harvesting methods have been used for decades to effectively and sustainably restore degraded land. Between 1988 and 1995, IFAD encouraged farmers in the area to plant their crops in shallow pits or in half-moons – water catchments made by creating raised semi-circular barriers of soil on sloped land. During the project’s eight years of operation, nearly 6,000 hectares of severely degraded land was restored. 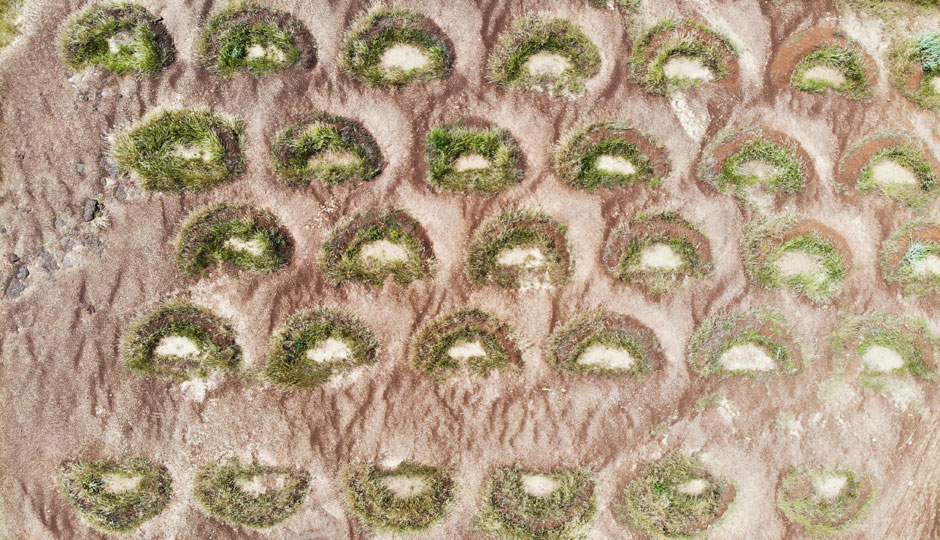 Perhaps more importantly, these gains have persisted for decades. In 2019,  a visit to Illela in the Tahoua region found local farmers using the water-harvesting practices implemented many years ago, and that the practices are still being adopted by other farmers. Farmers from nearby areas, seeing the success of their neighbors, adopted the planting techniques for themselves. Crop yields increased, encouraging the villagers to buy additional degraded lands for restoration, raising its value and creating a demand for dry land. Meanwhile, many families that once could grow only half of their cereal crop needs are now reliably producing surpluses.

There is widespread international agreement that something must be done to stop the desertification of the Sahel. The loss of crop and pasture land is not only a threat to the survival of local communities – it is a threat to the entire planet. With improved tree cover and rehabilitated farmland, a green Sahel can become a healthier landscape, which will be more resilient to climate shocks, have more biodiversity, and be able to produce more food and generate more water for the local population.

For these efforts to succeed, we need a combination of large-scale commitments and a multitude of small-scale, local actions. IFAD recognizes the central role of the region’s family farmers in this process, and we look forward to working with them and supporting their efforts in the years ahead.