Because of COVID-19 restrictions, small-scale farmers in Kenya turned to hydroponics and are now witnessing important benefits: higher incomes, less time-consuming work, more efficient water use, and crops safer from pests and diseases.

Despite all the negative impacts the COVID-19 pandemic has had on many people around the world, it can sometimes reveal new opportunities too. For some small-scale farmers in particular, it has opened the door to new technologies – or reinforced the use of existing ones.

Stephen Kamau, a farmer in Kenya’s Tharaka Nithi county, is among them. Thanks to some recent upgrades, he and his group were able to keep working through the pandemic.

Stephen is the chair of the Esteem Eagles, a group of 15 young Kenyan farmers. For several years, they had been trying to grow vegetables using conventional methods, but they’d been struggling with persistent soil-borne diseases and hadn’t been having much luck. Then, with the help of the IFAD-supported Upper Tana Catchment Natural Resource Management Project, they invested in a hydroponics system for their two greenhouses – and that turned out to be the game-changer.

“We needed an alternative. We thought that, since we are young and open to new farming technologies, we should try hydroponics,” Stephen says.

With hydroponics, the traditional hard work of farming takes place during only two stages of each growing season: planting and harvesting. The rest of the growing process relies on automated systems, requiring only periodic check-ins from the group. There are other benefits, too.

“Our hydroponics system uses less water than conventional agriculture, the crops are safer from insects and diseases, and it requires little time and energy as compared to other farming methods. This obviously leaves us with time to engage in other activities,” says Stephen. 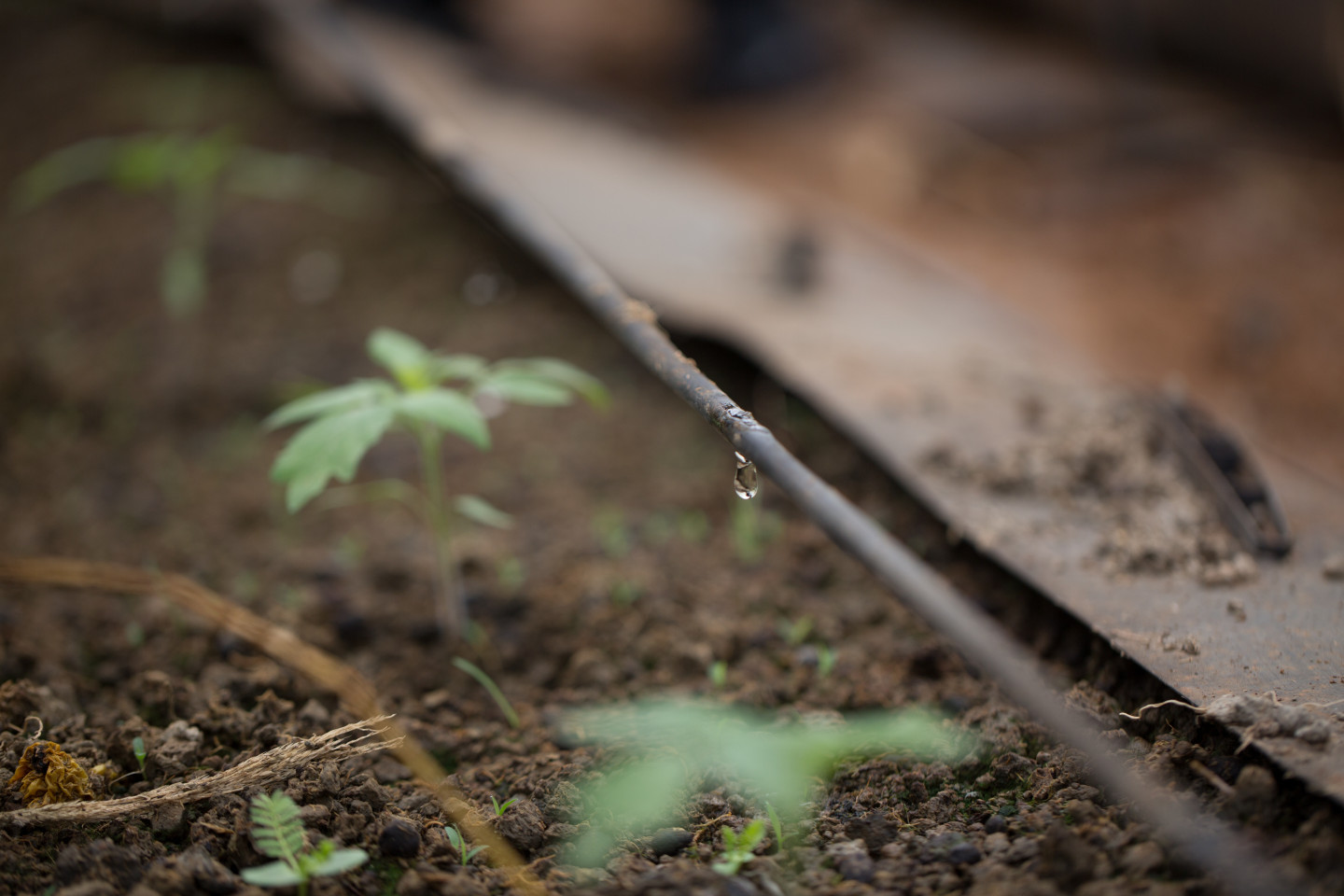 Within each greenhouse, there are rows of plastic troughs filled with an inert medium, such as sand or pebbles, for growing crops; an automated drip system; and a drainage system. Every day, the system automatically waters and feeds the crops, then recycles all the water and nutrients. There is no wastage due to leaching, and the group only needs to monitor the system. Thanks to this recycling, the greenhouses use only 100 litres of water per day, compared to the 1,500 litres per day that would be needed under a conventional drip system.

So far, they have produced tomatoes, capsicum and cucumbers, along with other vegetables for the local market.

The group’s first hydroponics crop, harvested in 2017, was very good. Their yield was five times higher than what they had previously achieved with conventional agriculture – and their income increased in proportion, going from less than US$200 per season under conventional techniques to nearly US$1,000 with hydroponics. This increase in funds – and in free time – has allowed several members of the group to finish their studies.

Kenyan youth who are interested in working in agriculture face a myriad of challenges: namely, high unemployment rates, lack of capital and lack of available land. These challenges have in turn discouraged many young people from participating in the sector. Nevertheless, Stephen is hopeful that the presence of established groups like the Esteem Eagles, along with modern technologies like hydroponics, will help encourage Kenyan youth to engage with agriculture. 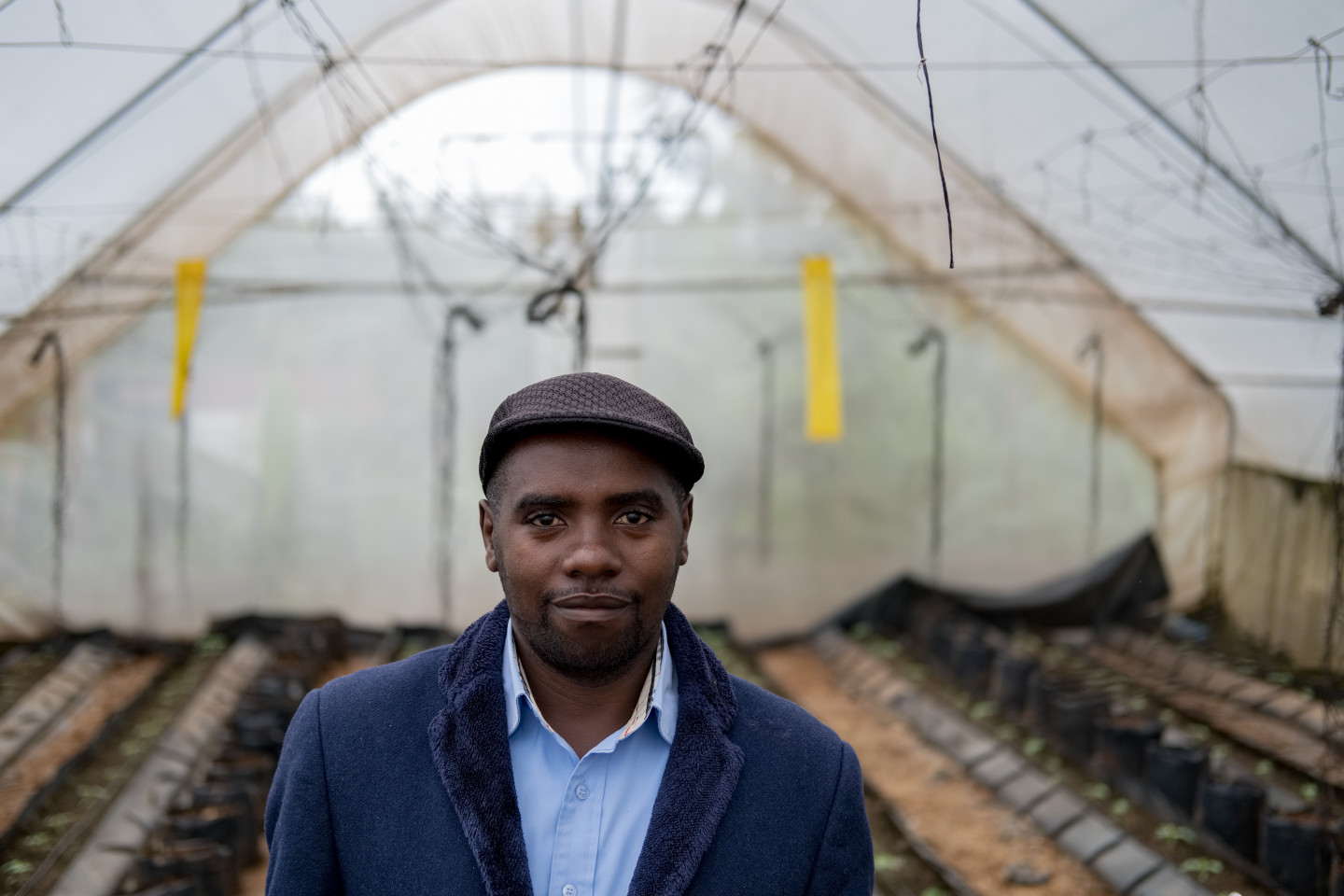 Portrait of Stephen in one of the Esteem Eagles’ greenhouses. ©IFAD/Edward Echwalu

Hydroponics also proved to be invaluable when another unforeseen challenge struck: COVID-19.

When the pandemic was first detected in Kenya, the Esteem Eagles were in the final stages of harvesting one crop and planning for the next. Given all the containment measures prescribed by the government, and with the added disadvantage of unfavourable weather, many conventional farmers did not plant their vegetables, as they feared they would not be able to contain the diseases associated with high rainfall and would have no market to sell their produce.

Nevertheless, the Esteem Eagles were able to go ahead with their planting – even though it took them a week, working in shifts to ensure social distancing, when it would normally take them two days.

Within the next two weeks, their tomato crop will already be fully grown and ready for sale. And the timing couldn’t be better: their tomatoes will go to market just as the Kenyan economy starts to reopen.

“I am happy that we chose this technology as it has enabled us to continue with our farming, even during this tough time,” says Stephen.

Bolstered by their success, the Esteem Eagles hope to keep expanding. They hope to reach even more customers with their next crop, and diversify their income by raising poultry.

But for now, Stephen and his team are grateful that they were able to keep working during a time that’s been challenging for many.